Diana Mayo alone in the desert, from the film The Sheik (1921)

1.    “For the first time since she had shaken off Gaston she began to think seriously. What she had done was madness. She had no food for herself or her horse, no water, and Heaven alone knew where the next well might be. She was alone in an uncivilized country among a savage people with no protection of any kind… in which case death from hunger and thirst stared her in the face” (59).

Diana has always been an abnormally independent and strong willed person until now. She has never been one to lose faith in herself or think of any task that presents itself to her as unmanageable. Since she was kidnapped by the Sheik, her self confidence is not as prominent and she seems much more likely to give up. Why do you think the past month that she has spent with the Sheik has taken away that courage? Is it completely gone, or is there still a glimmer of her courageous character left within her? 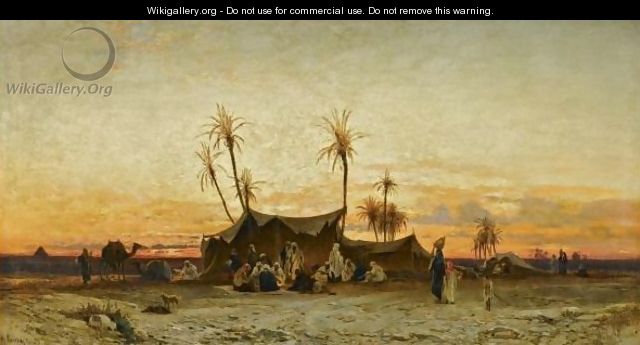 2.  “She lifted her head for the first time and looked at the magnificent sky. The sun had almost set, going down in a ball of molten fire, and the heavens on either side were a riot of gold and crimson and palest green, shading off into vivid blue that grew blacker and blacker as the glory of the sunset died away. The scattered palm trees and the far-off hills stood out in strong relief. It was a country of marvelous beauty, and Diana’s heart gave a sudden throb as she realized that she was going back to it all” (63).

The imagery is very uplifting and positive in this scene. It provides the image of a kind of paradise and that Diana is glad to be back. What were your thoughts during this scene? Was this the point at which the reader detects the love that Diana has for the Sheik?